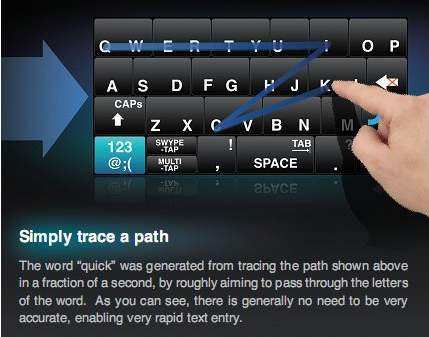 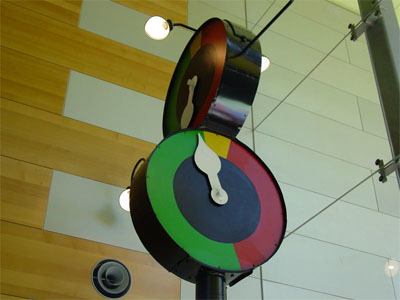 Via message-threading algorithm guru jwz, a new way of showing message threads, as a 2-dimensional diagram not unlike underground railway maps. Which looks pretty nifty; of course, as it's from Microsoft Research and undoubtedly patent-pending, don't hold your breath for it to appear in the latest GNOME suite, unless you can go for 20 or so years without oxygen.

Douglas Rushkoff on why 3G phones-as-TVs are a daft idea: (via Techdirt)

These are essentially three different scales of devices. To use the American measures: inch devices, foot devices, and yard devices - and each has a particular range of appropriate functions... Inch devices, like cell phones, pagers, and PDAs, are for a single person's use, and are unique for their ability to help a person deliver important information from anywhere. Their screens are not for reading, but for eyeballing or copying a fact or figure that will most likely be used on that very device. Stock quotes, weather forecasts, or restaurant addresses are appropriate data points for a communications device on which you might make a trade, a date, or a business meeting. Yes, avid sports fans may want to check an important score (and then call their bookies) but do they want to watch a tiny, inscrutable image of a goal being kicked? No. They'll want to get home to see the event on their foot devices.

Ever wonder why Google have a copyright notice at the bottom of their (not exactly intellectual-property-rich) search page? It's not so much to appease the lawyers as it is to let you know where the page ends:

In its early days, the company asked some focus group participants to search for information using its site. But many people, when they went to Google, did nothing for a minute or two. When asked why, these apparent procrastinators said they were waiting for the rest of the site to load. So, the company thought that by putting a copyright notice on its page--something usually found only at the bottom of a fully loaded page--perhaps people would get the hint that the spartan page was fully loaded.

Scientists have found out that women need larger computer monitors for working in graphical environments than men do, because of their lower spatial processing ability. With a standard monitor giving a 35 degree viewing angle, women tend to be on average 20% slower than men at certain spatial tasks; given two screens with a 100 degree viewing angle, this difference disappears. If this is true, this could affect the big-arse monitor's significance as a macho status symbol.