New research suggests that differences between average national IQs may be due to the prevalence of parasites. One theory posits that children from countries with high incidences of parasites devote energy to fighting them off which would otherwise be spent on brain development.

When the researchers analyzed each factor independently, they found that infectious disease burden was more closely correlated to average IQ than the other variables. "Parasites alone account for 67% of the worldwide variation in intelligence," Eppig says.

Meanwhile, a correlation has been found between incidence of the parasite Toxoplasma gondii (i.e., the crazy-cat-lady parasite) and a nation's success in football, though the cause of the correlation is still unknown:

Rank the top 25 FIFA team countries by Toxo rate and you get, in order from the top: Brazil (67 percent), Argentina (52 percent), France (45 percent), Spain (44 percent), and Germany (43 percent). Collectively, these are the teams responsible for eight of the last 10 World Cup overall winners.

Now, what does the Toxo parasite do that could possibly relate to soccer performance? Not much is known about its impact on the human brain, but there are clues. We know that infection increases testosterone in male brains, making them more likely to get into car accidents, more attractive to females, and more prone to being jealous, dogmatic, and dismissive of authority. Evidence even suggests that motorcyclists are more likely to have Toxo. Something like a James Dean effect. Generally, males with Toxo are more aggressive and less inhibited. Keep in mind that FIFA, in line with most sporting organizations in the world, bans testosterone supplements of any kind. But they do not ban Toxo, and if Toxo increases testosterone levels, we may be dealing with a form of inadvertent, cultural doping. 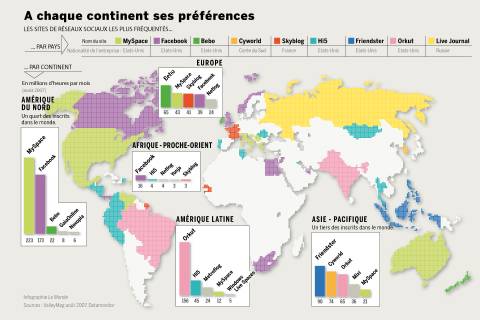 A chap named Virgil Griffith has correlated the most popular books at every college in the US (as fetched from Facebook) with that school's average test score to find a correlation between intelligence and favourite books. According to Griffith's study, the book most correlated with high scores is Vladimir Nabokov's Lolita, and that with low scores is the Holy Bible (not to be confused with the Bible, which is around the middle, just below Harry Potter); other books correlated with high scores are Ayn Rand's Atlas Shrugged, Kurt Vonnegut's Cat's Cradle, and Freakonomics, and books dumber than "I Dont Read" include various erotica and hip-hop/ghetto fiction, The Purpose Driven Life and Fahrenheit 451. Slightly smarter than not reading are the likes of Fight Club, Dan Brown and John Grisham, along with Shakespeare's Hamlet; sci-fi, fantasy and geek/fan-interest books like The Lord of the Rings, Dune and, umm, Eragon rate more highly. (Mind you, this is correlated to test scores, not cultural well-roundedness.)

It would be interesting to see one of these correlating a measure of intelligence (such as test scores) with other factors, such as favourite music (I imagine things that a lot of geeks listen to, like metal, industrial and prog rock would come out on top, and rap-metal/nu-metal and R&B would come out fairly low), movies, or even which Facebook groups/applications one has installed.

While the spooks have their hands full keeping tabs on a terrifying proliferation of terrorists and extremists, they apparently have some help from a shadowy unofficial organisation named Vigil, comprised of retired intelligence personnel, amateur sleuths and other interested parties:

The group's director Dominic Whiteman said he set up Vigil with two other businessmen last year to act as an interface between retired spies who were still party to good, raw intelligence, and the police and security services. "This evidence was just getting lost in the system," Whiteman said in a telephone interview.

Sixty per cent of Vigil's work involves gaining information via the internet, by infiltrating online chatrooms, while the remainder is face-to-face or telephone work. The information gleaned is passed on to authorities like the US Federal Bureau of Investigation, the New York Intelligence Unit and British police's Counter Terrorism Command (CTC).

A CTC spokeswoman said the group was treated seriously.

One member of Vigil is credited with helping bring about the conviction of cleric Hamza, jailed in London in February for inciting racial hatred and soliciting murder, and wanted in the United States on terrorism charges.

The same article contains this factoid:

Whiteman said a very trusted contact who had a "key security role in the UK" had revealed that 70 per cent of information given in a daily briefing to President Bush by US intelligence chief John Negroponte centred on the British capital.

Which is sobering, assuming that you take the article's claims at face value. It could be true, or it could be fantasy. Neither would surprise me.

Scores in general intelligence tests have been steadily rising for some decades; so much so that tests have to be replaced with new, harder ones every decade. Some claim that this is due to a more cognitively demanding environment, with things such as television programmes, badly-designed user interfaces and especially video games exercising the mental faculties responsible for problem-solving tasks of the sort covered by IQ tests:

Over the last 50 years, we've had to cope with an explosion of media, technologies, and interfaces, from the TV clicker to the World Wide Web. And every new form of visual media - interactive visual media in particular - poses an implicit challenge to our brains: We have to work through the logic of the new interface, follow clues, sense relationships. Perhaps unsurprisingly, these are the very skills that the Ravens tests measure - you survey a field of visual icons and look for unusual patterns.

The best example of brain-boosting media may be videogames. Mastering visual puzzles is the whole point of the exercise - whether it's the spatial geometry of Tetris, the engineering riddles of Myst, or the urban mapping of Grand Theft Auto.

The message there is that things derided as stultifying, such as TV programmes and computer games, actually make you smarter; in contrast, locking yourself in a room and reading the classics instead, as wise authorities would recommend, will cause these cognitive skills to atrophy.

Of course, human neural capacity hasn't been increasing steadily over the past century; our brains are roughly the same same size as those of our great grandparents were, and made of the same kinds of neurons and synapses. As such, it'd be a matter of give and take. As some skills increase, pushed on by new technologies, others atrophy, and conservatives decry the mind-rotting effect of new technologies. This is not a new phenomenon; when writing was invented, there surely were grumpy pundits decrying the inevitable decline of epic-poem memorisation skills (and I doubt whether anyone today, with the possible exception of certain autistic savants, would not appear hopelessly stupid to the ancients by such criteria were they sent back in time); ditto the decline of mental arithmetic skills with the advent of calculators. (Some among you will remember debates on whether giving schoolchildren calculators will harm their mathematical skills.) And, of course, agriculture and the city lifestyle has just about killed wilderness survival skills for any but professional experts trained in these.

Anyway, back to the point in question. One thing I would expect to emerge is improved skills at dealing with an information-rich environment, such as abstract problem-solving and multitasking skills. The other side of the coin would be shortened attention spans; as compulsive multitaskers constantly bombarded with multiple flows of information, we don't need the ability to patiently focus on one thing as our ancestors did, and so it has atrophied. (I once read that one of the reasons that Hollywood remakes so many old films, other than marketing with new casts/soundtracks/gimmicks, is that a lot of people these days find the original films too slow-paced and boring.)

Neural imaging technologies have shown that feelings of love lead to a suppression of activity in the areas of the brain controlling critical thought; in other words, love is blind. Or perhaps it just makes you stupid.

Birthday greetings ...prison-style! Or, how gang members can't resist sending their homies in lockdown birthday cards, complete with elaborately coded gang symbolism. The cards are often intercepted by prison authorities, who rely on them as a source of intelligence about inmates' gang loyalties:

On the front of the homemade greeting was a cartoon of a gangster holding a MAC-10 automatic pistol. The card was bordered in blue, the Crips' signature color. And because Crips avoid the letter "B" at all costs -- due to its association with their rival gang, the Bloods -- the card happily announced "Happy C-Day."

"That's where you get a lot of your information, from these birthday cards," said Officer Steve Preciado, a Lancaster gang investigator. "A lot of times their family members won't send them nothing. But the gangsters will put their nicknames on these cards, and where they're from, like 'Shorty from Pacoima.' So your job is to find out who Shorty is."

Ralph Osterhout worked designing weaponry for the US Navy Seals, now works as a toy designer. New Scientist has an interesting interview on the subject of high-tech toy design.

Some parents say: "When I was a kid we had plain wooden blocks and we were really encouraged to use our imagination." But I think we are much more creative today. Give a child complex three- dimensional puzzles that are very sophisticated and you stimulate a higher level of creativity. How do you expect a kid who plays with wooden blocks to come up with a new receptor blocker for HIV later in life?

Is schizophrenia a byproduct of the evolution of human intelligence? A new theory suggests this. I wonder whether in some situations some forms of schizophrenia could have been adaptive to genetic fitness (i.e., making the afflicted a fitter chieftain/prophet/leader), with current forms being a throwback to this.