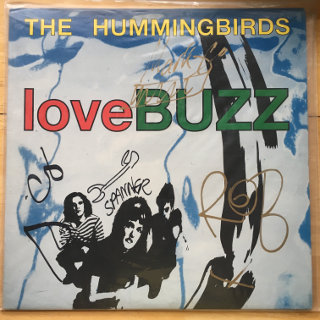 I just heard on 3RRR that apparently Ratcat have reformed and are doing gigs again.

I remember Ratcat from various times and contexts; when they were current, I was in high school, and they were popular with the various skate-punks, alongside Dead Kennedys and various hardcore punk bands and such and such. A decade and a bit later, I discovered that they were a staple of Australian indie-pop; the Fanclub night in Melbourne (circa 2004 or so) had a policy of putting on Don't Go Now whenever the dancefloor was looking insufficiently busy. Which makes sense, as they were basically a skronky indie-pop band, just noisy enough for the Vision Street Wear kids to be able to thrash to them without scaring away the indiekids.

Were I in Australia right now, I'd probably book a ticket to see them. And if their contemporaries, The Hummingbirds, were reforming and doing gigs, I'd probably be kicking myself for being on the wrong side of the world.