Lullatone are a half-Japanese, half-American duo based in Japan who make music that can probably best be described as twee folktronica. And now, you can make it too with their Raindrop Melody Maker Flash web toy, which looks a bit like a pastel-coloured Tenori-On: 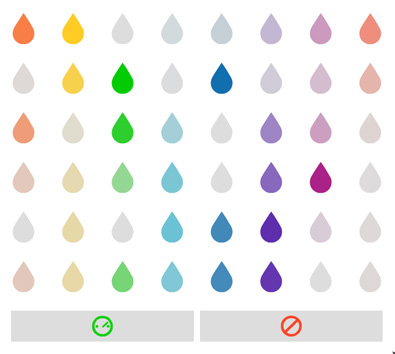 Web toy of the day: FontStruct. A Flash-based web app which allows you to create your own geometric fonts from a selection of tiles.

The site lets you make your characters as large or small as you want, and gives you access to all of Unicode (so if you want to do the entire set of Chinese pictographs, knock yourself out). You can download your creations in TrueType or Flash bitmap format, or share them in the site's galery under a variety of Creative Commons licences. Or just browse the gallery for other users' creations, which vary from the sorts of geometric and bitmap fonts you'd expect to find to retro-styled ones, blackletter fonts, and the odd twee-looking picture font.

Which is way cool, though I can't help but think that FontShop has just wiped out its market for geometric fonts. (Not that that was unexpected; with the rise of user-generated content and better authoring tools, content is no longer a seller's market, and the standard of user-generated content is rising to the point where, even if it's on average not as good as the professional stuff, it's often good enough.)

Web toy of the day (if not the year): Hobnox Audiotool. A TR-909, two TB-303s and a bag of effects pedals in a Flash applet, with a nifty patch-cord interface.

It sounds pretty authentic (well, at least as much as the various ReBirths and 303 softsynths) and flexible (the knobs produce the right amount of variation in the sound), which suggests that there is more to this than a bunch of samples in a simple player. The two options are:

Option (a) is, of course, the more exciting one. Anyway, I'd be interested to see how this is done.

Muxtape.com is a new web application which allows users to make online mix tapes by uploading MP3s, which then can be arranged into a "mix tape" people can listen to online. It gets bonus points for the interface, which has a minimal elegance about it and does everything other than the actual music playing in DHTML. On the down side, you only get to put 12 MP3s in your mix, and are not supposed to have more than one mix.

Retrievr is a web-toy that lets you search images on Flickr by drawing things that look like what you're looking for on a Flash applet. It seems to go mostly by colour, rather than feature recognition, and seems to only search a small pre-cached subset of images (which tends towards the prettier end of the scale and includes a lot of sunsets, cats and arty black-and-white photos). As far as finding pictures of objects one draws, it's rather unsuccessful; though, nonetheless, it does yield interesting results. 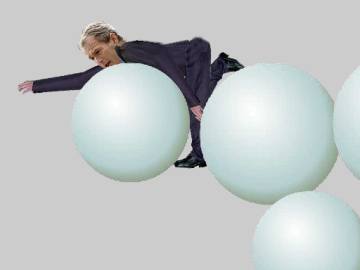 The Beaterator; an online Flash-based audio sequencer, which comes with loops and sounds from several popular house/trance/breakbeat/electronica artists, or you can upload your own.

TouchGraph Google Browser shows Google results in a graph. (Java required; it seems to work with Mozilla on Linux.)