I was in the vicinity of Heartland this afternoon, so I stepped in and picked up the imported DVD single of New Order's Here To Stay. It comes with four clips from the upcoming film 24 Hour Party People; it looks like it's going to be a very interesting film.

Though I wonder whether that's really Bernard Sumner in the Here To Stay video; he looks a bit younger and perhaps thinner.

(My verdict on DVD singles: they're a good medium for videos and such (the resolution is much better than Quicktime on CD-ROM), but they probably won't replace standard CD singles for audio, precisely because of the custom interface. When I put on music, I don't want to have to navigate flashy custom menus to hear it (let alone sit through the mandatory copyright warning message). It is precisely the CD's generic, no-frills interface which gives it an advantage over the DVD as a music medium.)

(And quite rightly, too. If Vivendi Universal or someone was to sell me music I liked from their back-catalogue for, say, US$0.99 per MP3, I'd be cool with that, and would probably end up spending a fair bit of dosh on it. But not if it's in some crippled format which (a) requires me to run their choice of operating system, (b) requires me to use and trust their software (which may show ads/have spyware/do ghod knows what), or otherwise (c) assume that I'm a criminal.)

However, what are the odds that the Recording Racket will get the point, clue in and drop their demands for "end-to-end content security"? We'll probably see Hell freeze over, Microsoft embrace the GPL and Nestlé stop killing third-world babies before that happens. 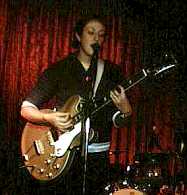