What do you get when a plane flies immediately beneath a satellite camera while it's taking a picture? This: 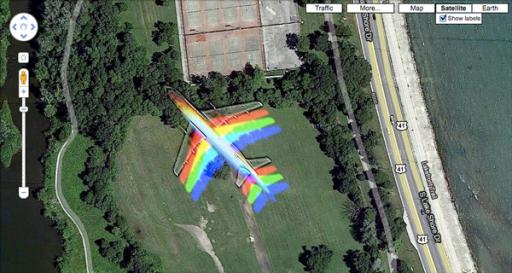 Which suggests that the cameras in question take four separate monochromatic exposures (with blue, green and red filters, and unfiltered for intensity), and composite them together to get a higher-resolution image of the earth (or at least the parts of it which aren't moving at speed at high altitudes).

The new face of terrorism in the UK? A 12-year-old schoolboy in Eynsham, Oxfordshire was taken out of his class by anti-terrorism police, and threatened with arrest after starting a Facebook group to protest to the Prime Minister against the closure of a youth club:

Speaking to the Guardian, Nicky Wishart said: "In my lesson, [a school secretary] came and said my head of year wanted to talk to me. She was in her office with a police officer who wanted to talk to me about the protest. He said, 'if a riot breaks out we will arrest people and if anything happens you will get arrested because you are the organiser'.

Via MetaFilter, whose discussion thread includes this particularly insightful comment, by one "SysRq":

An observation I recently had about the way the various classes of "indie" music fall across the spectrum of class in Britain: 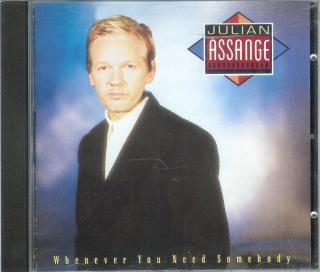