A chap in Russia has posted scans from a book of ads from the British motor company Rootes, circa 1961. The ads are all beautifully illustrated, looking somewhere between the illustrations in vintage children's books and a subtly Anglicised take on the 1950s American Dream (the cars gleam and present seductive images of freedom and leisure, though the tailfins have a subtle, very British, understatement about them). 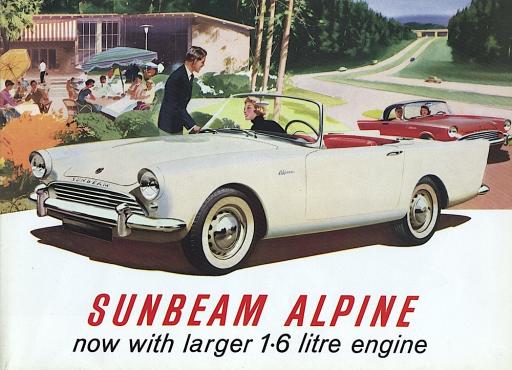 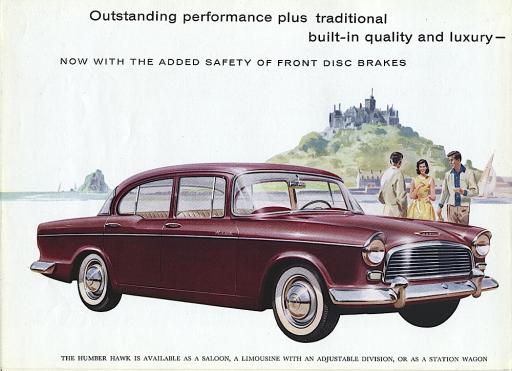 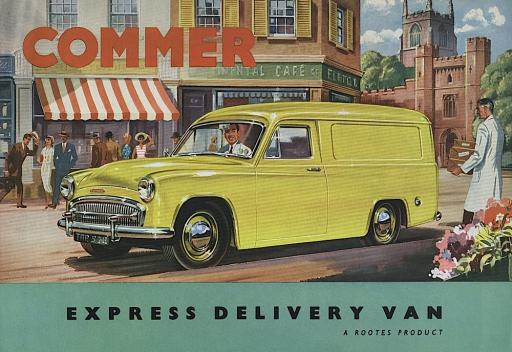 This was once the heady height of modernity. Air travel was still expensive, and the trains still ran on coal, but Britain had a shiny new motorway system, and for the cost of a gleaming car, it was yours to explore. Oil was cheap, and as far as anyone could tell, would remain cheap forever.

Adding even more texture to it, a number of the ads are in Russian. The book was produced for an exposition in Moscow; perhaps, at the height of the brief thaw of the Khrushchev administration, the executives of Rootes imagined that Russians may soon be enjoying a version of the British take on the American Dream?